Climate Reality is an initiative intended at building a nation-wide dialogue on what we should expect and prepare us for climate change.

As businesses, we have a responsibility to understand this phenomenon and the responses and adaptation we can adopt to help mitigate the cataclysmic consequences of ignoring the reality.

A decade ago, there were environmentalists who fought for acknowledgement and action on this climate reality, and there were state and business lobbies that sometimes responded but mostly did not. The reasons for the lack of response were mostly economic – adapting is thought not to be good for business. The world is burning more fossil fuels every year and apart from other consequences, killing millions from air pollution.

The scientific journal Nature revised last year its earlier estimate of the cost of climate change. Focusing on the impact of methane gas on the arctic and the heat stress, flooding, drought and storms it can create, its estimate is of a $60 trillion cost to an estimated $70 trillion global economy. There is no business case for climate denial. Human existence is intricately and irrevocably linked to our natural environment - we are all environmentalists by necessity.

Our focus today is on the future because there are grounds for guarded optimism. The increase in development and adoption of sustainable technologies, of climate smart agriculture, of knowledge of how we might adapt to the new reality in our world, has been unprecedented in the past decade. It is evident today that there is far greater potential and opportunity in climate smart agriculture, production and lifestyles than in holding on to the past.

At the frontline of this new reality is food security. Farmers from Australia to England are struggling to cope and the impact on food production is a part of the new reality. For paddy farmers, buffalo herders and others in Sri Lanka, adaptation to climate change is both necessity and opportunity. It is no different at a national scale because poverty alleviation, the rural economy, future cities, health, gender imbalance, food, energy and water security are all different dimensions of the central phenomenon of climate change. 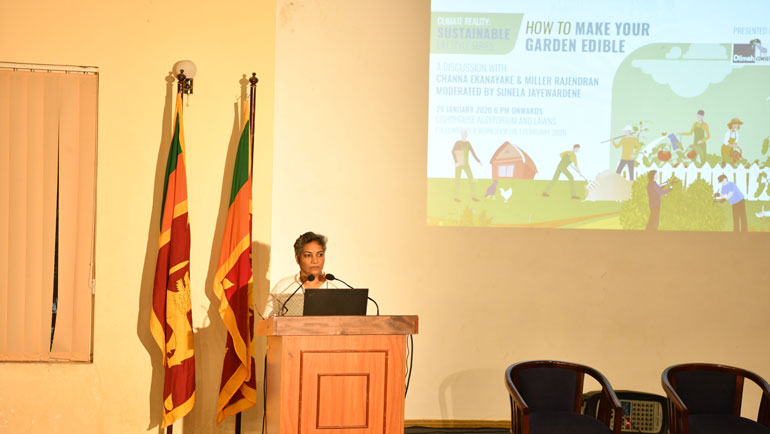 Sustainable Lifestyles Series: How to Make Your Garden Edible

The discussion will features ideas on how to transform any space to a harvestable area to inspire the everyday home gardener to think beyond their perfectly manicured lawns. ... 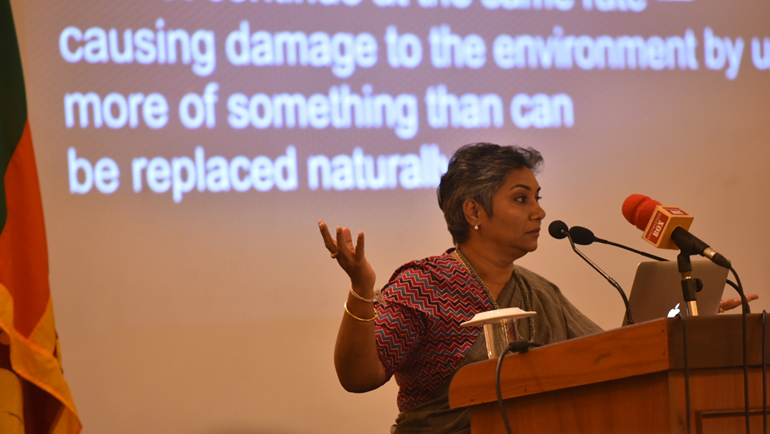 The Sustainable Lifestyles Series is Dilmah Conservation’s Climate Reality Initiative's next chapter. This series will guide the everyday citizen on building a sustainable quality of life through a series of interactive lectures...

Soil - The basis of Sustainable Production

Dr. Ranil Senanayake will discuss the ecological services that a soil provides us and how its proper management can help in carbon sequestration and reduce the incalculable loss to biodiversity in a changing climate. 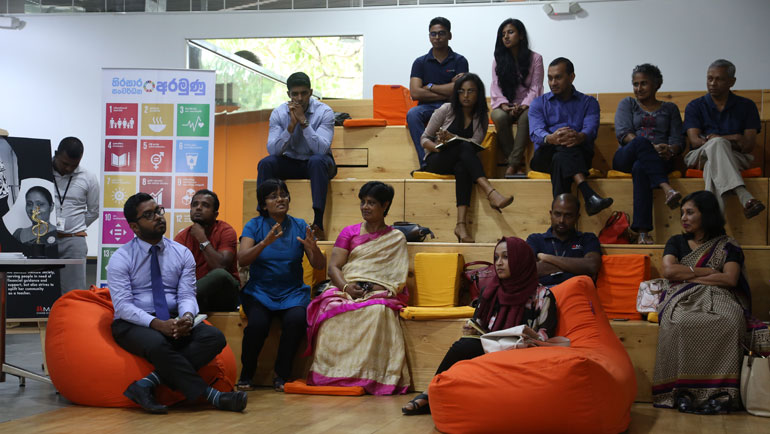 Held on the 17th of September 2018 at the MAS Innovation Centre the panel featured Dr. Nirmalie Palewatta of the University of Colombo

Today – just 12 years later – wildfires are burning in the Arctic Circle, fires across Siberia covered over 38,000 square miles with smoke reaching all the way to Canada,

We use cookies that help to increase the performance of our website to serve you better, to provide social media features and to analyse our traffic. Click ACCEPT to give your consent to accept our cookies and start browsing the site.