When the footsteps of the tea pluckers recede in our tea estates, they are replaced by pawprints and claw marks an array of species that call our tea gardens their home. Dilmah Conservation set up camera traps to document each of these species 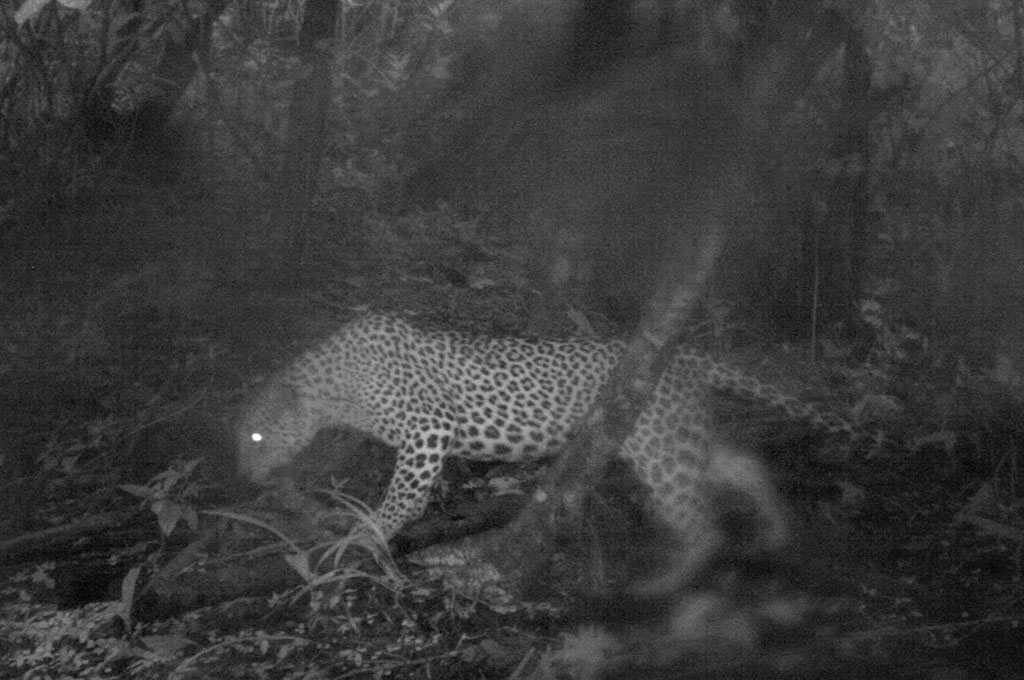 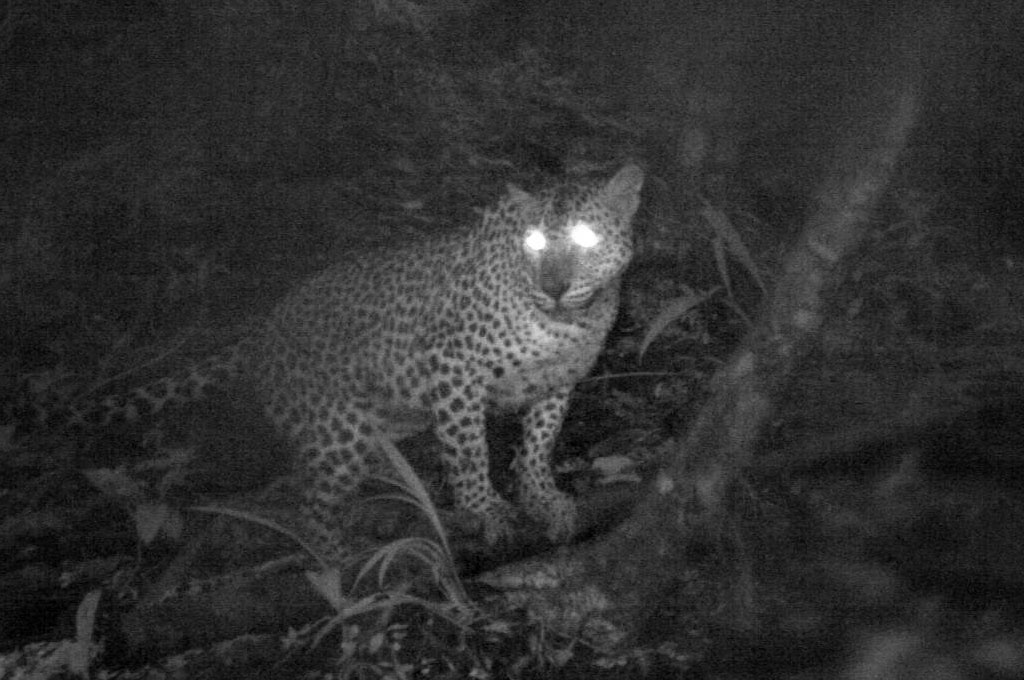 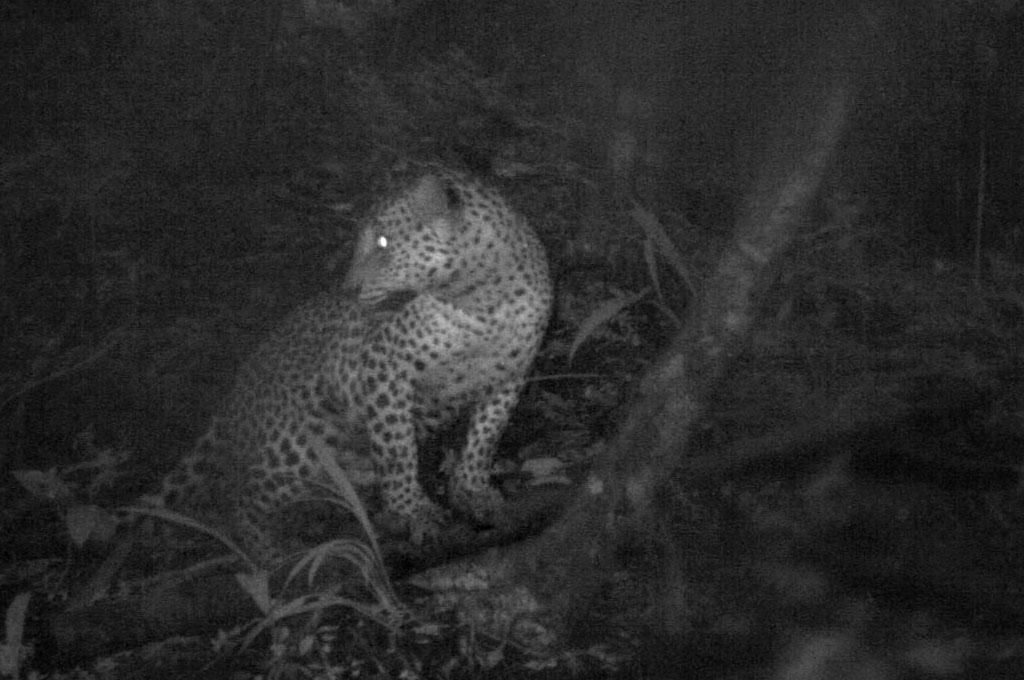 The Leopard is the smallest member of the genus Panthera, is known as the strongest climber of the larger cats and is capable of killing prey far larger than itself. Its coat is a rusty yellow colour with typical dark spots, and it has a lithe elongated body. The Leopard has been listed as endangered by the IUCN Red List 2007 due to the declining Leopard population in Sri Lanka. The Sri Lankan Leopard has the ability to survive in most habitats and is spotted throughout the island.

This ground-bird is dispersed throughout the island from sea level to the central hill areas. It is shy and wary but in areas adjoining the jungle, it can be very tame and behaves like a village fowl. The handsome male is noticeable with its elongated comb with a yellow spot; its wings having a beautiful purplish sheen and orange-red body with the black tail. The female is brown with white streaks on its breast, and bars on the wings. 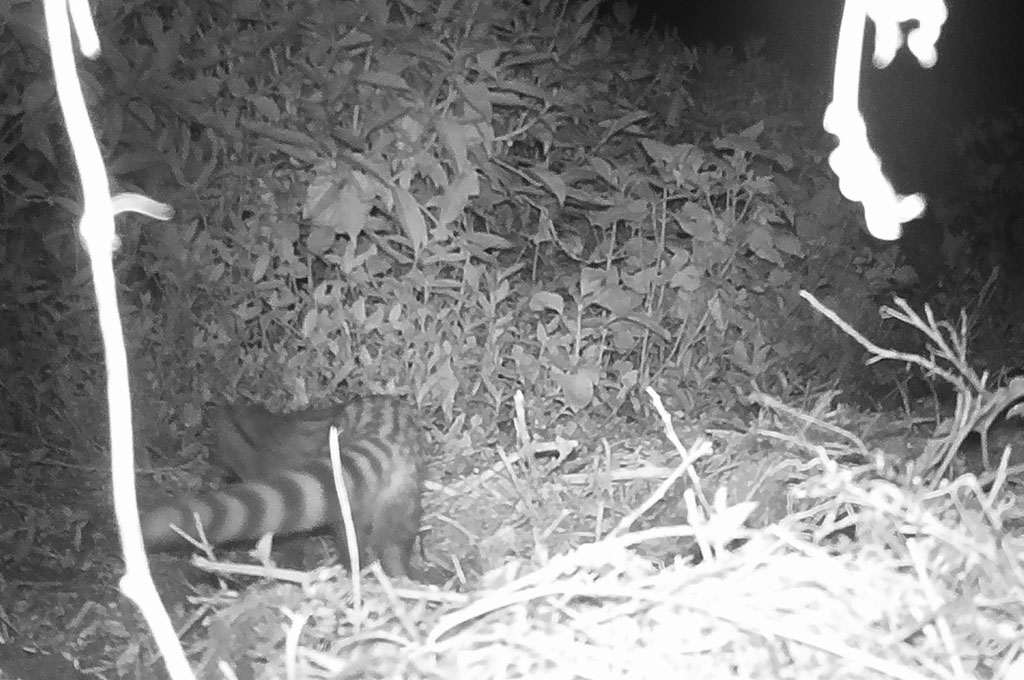 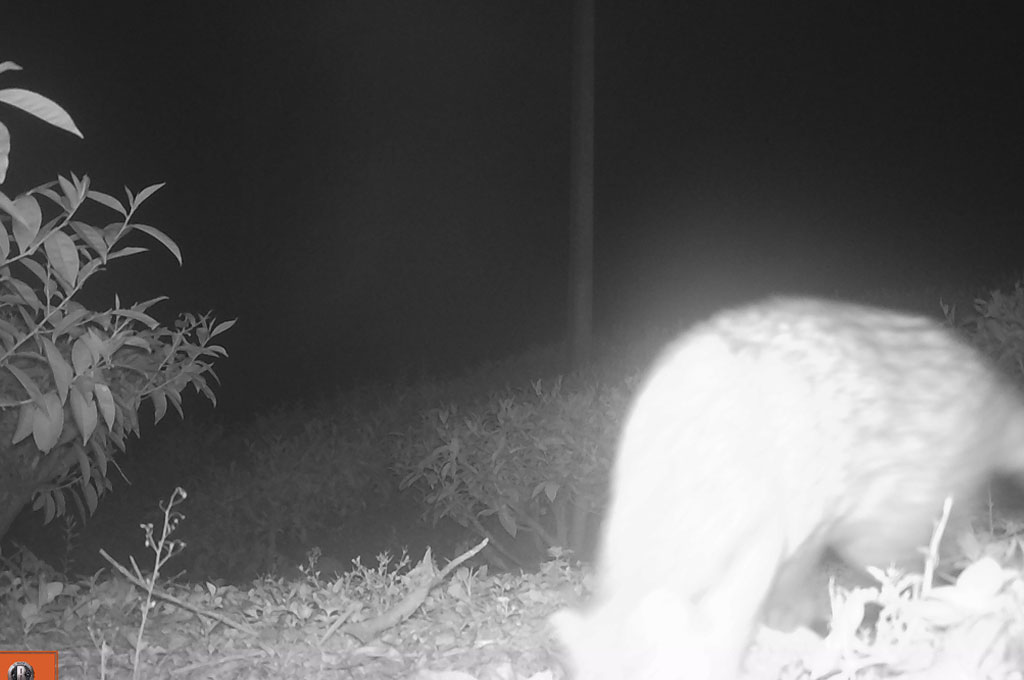 A black and white body with a black and white ringed tail is the unique sign of the Ring-tailed Civet. It is the most carnivorous out of the three palm civet species in Sri Lanka and feeds on hares, mouse deer, and small rodents. The animal prefers to forage by themselves and live on tree holes and roofs.

This medium-sized deer is uniformly brown in colour, with small antlers mounted on small pedicles. It is known as the ‘Barking Deer’ because of its call which resembles a dog’s bark. Its preferred habitat is throughout lowlands and highlands where forest cover combines with grasslands. They are usually seen singly but may form small groups when no imminent threat of predators is near. They feed on grasses and tender leaves. 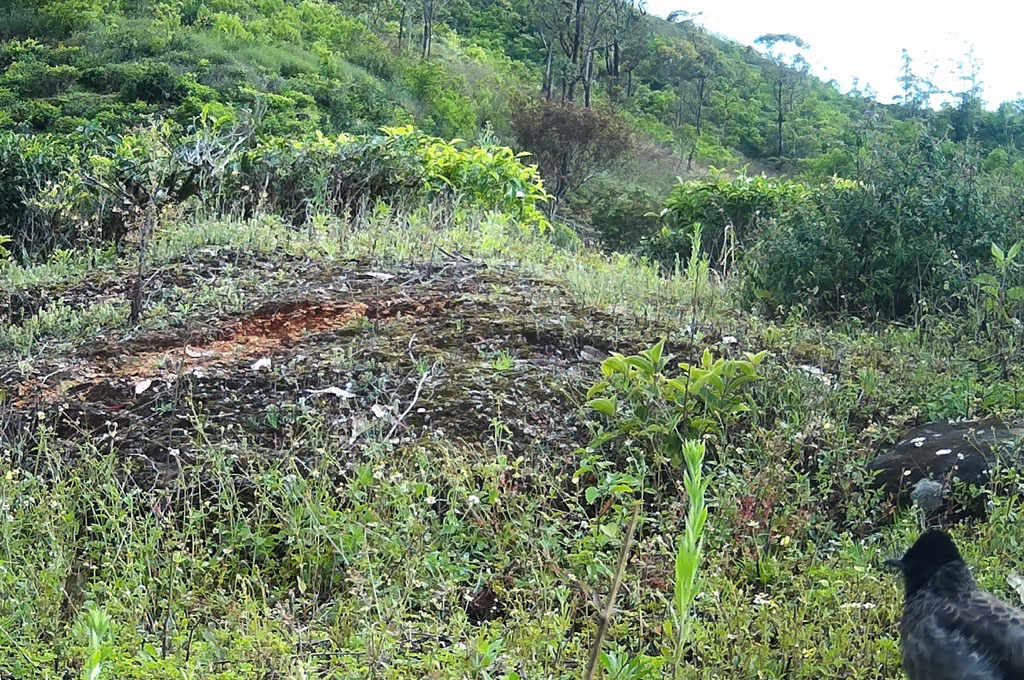 The Red-vented Bulbul lives as pairs but sometimes gather as small flocks. Common breeding areas for this species include in home gardens, cultivation forest edges and scrublands throughout the country. Its main food consists of a variety of berries and insects. It is a prolific bird which breeds several times of the year, while its main breeding seasons are from March to May and August to September. The nest, where mothers lay about 2-3 eggs, is a cup made up of rootlets, small twigs, fibres bound together by cobwebs. 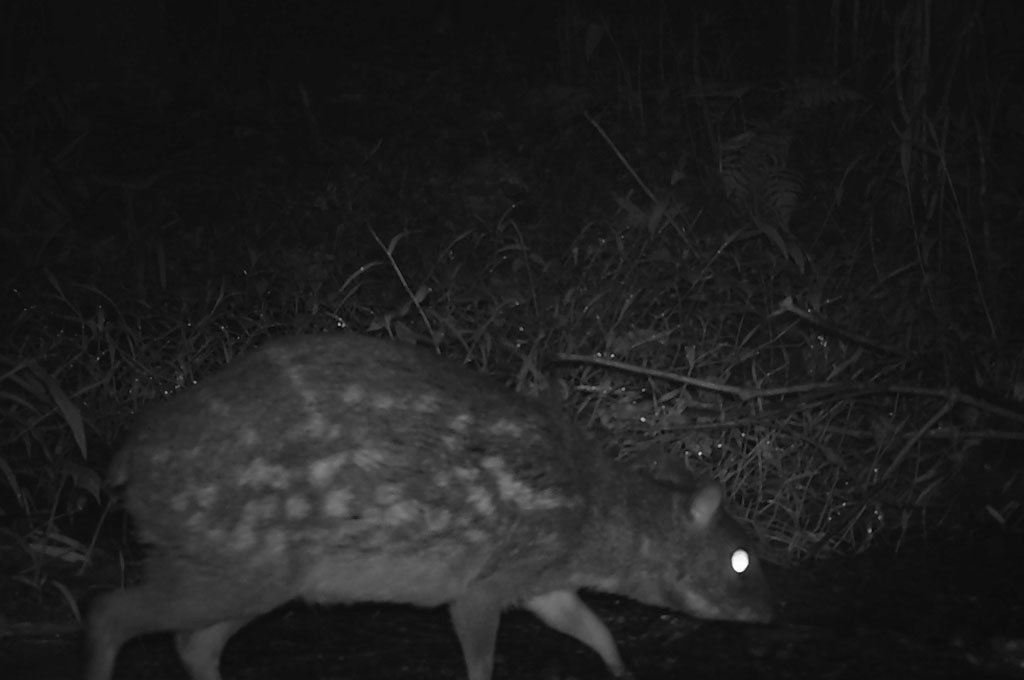 This common but elusive species is endemic to Sri Lanka. The conservation status of this species is regarded as ‘’Least Concerned’’ (National red List 2012) and it is protected under the fauna and flora protection ordinance as amended by act no. 22 of 2009. It can be observed from rainforests in wet zone areas to forests in dry zones areas. 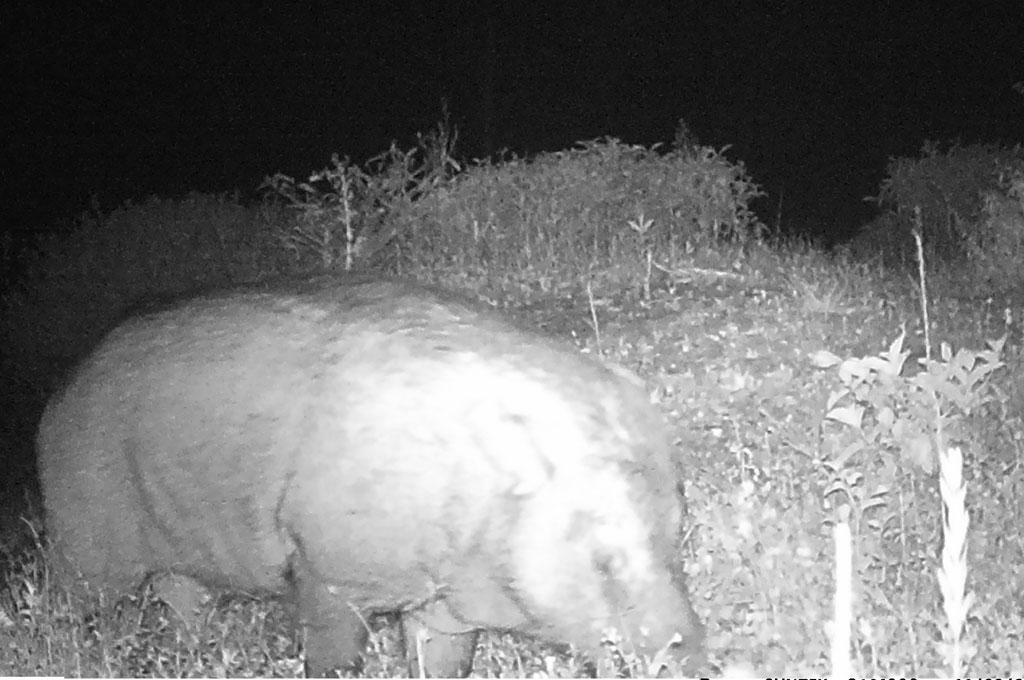 The Wild Boar is found in most regions of the world, but it prefers a less-dense woodland for its habitat. Scrublands are one of the most desired geographical environments of theirs. Wild Boars of Sri Lanka are found in the national parks and woodlands of the country. 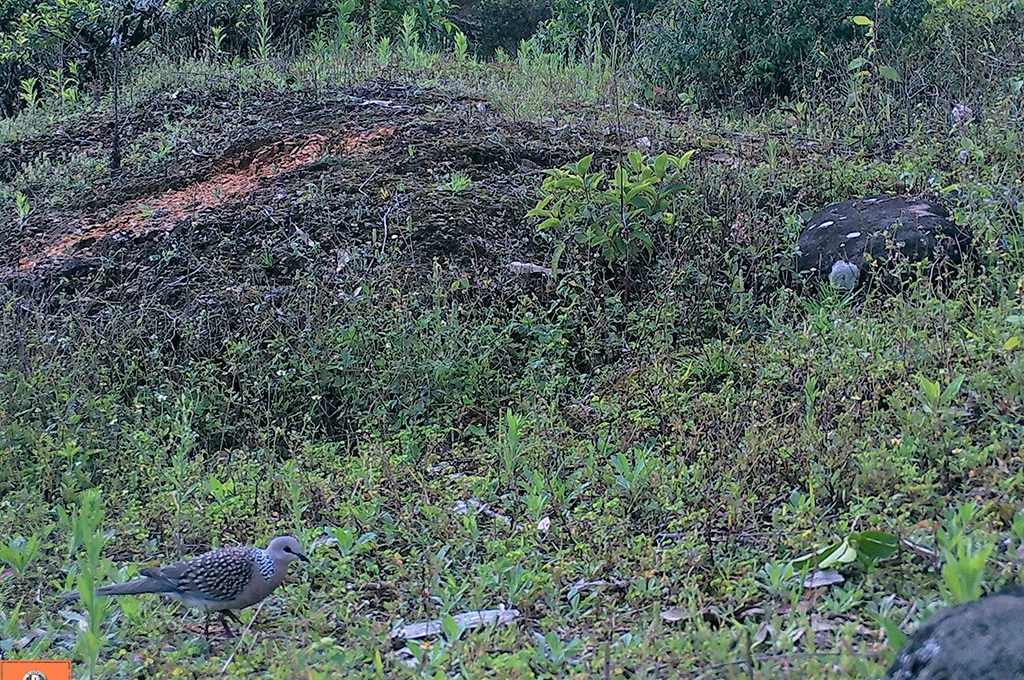 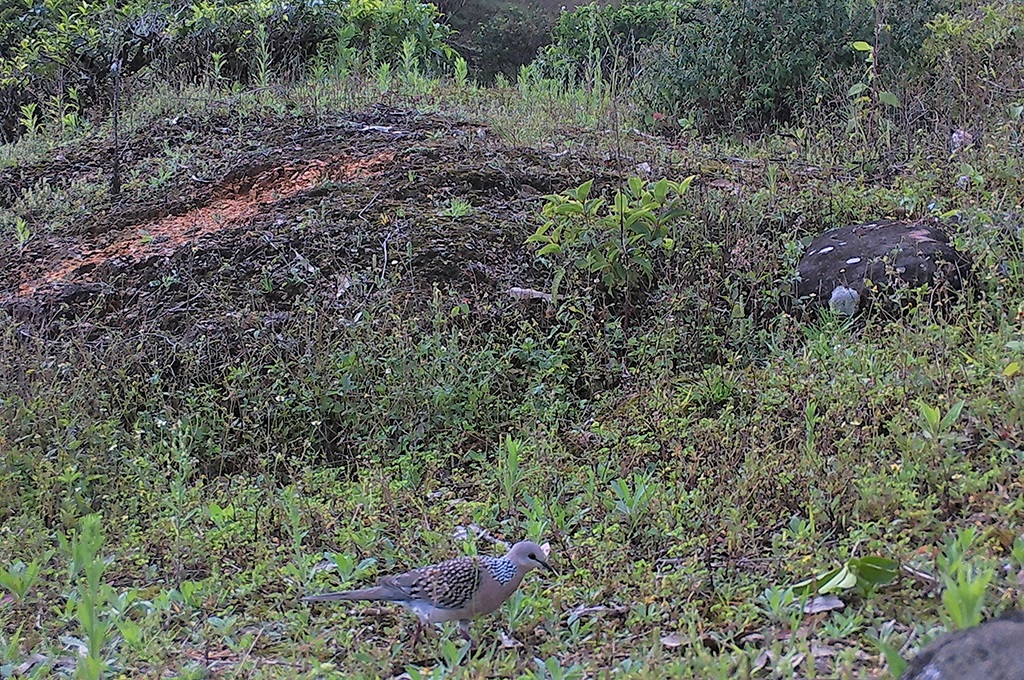 This small bird can be identified by a collar of white spots on a black patch. Its plumage is mostly light to dark-brown with its head, neck and undersides appearing brown-grey. Both males and females look alike. The Sri Lankan spotted dove has shorter wings than the Indian subspecies. Young birds do not acquire their spots until mature. Commonly found in habitats varying from woodlands, scrublands and farmlands in the island, they fly with a burst of flutter during which you can see its white-tipped tail. 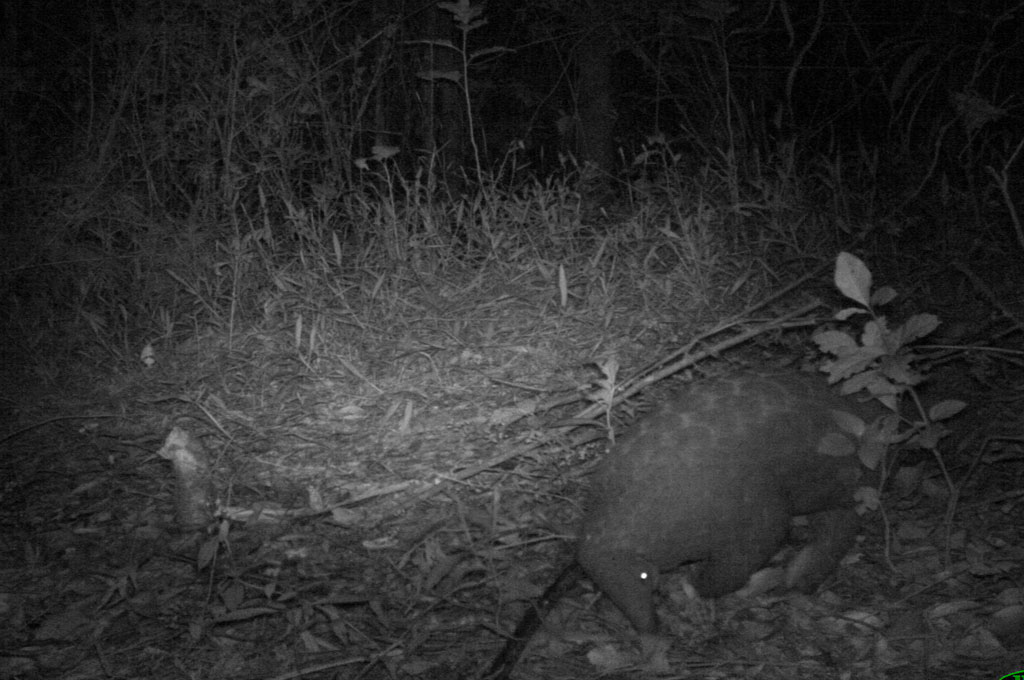 The Indian Pangolin is commonly known as the Thick-Tailed Pangolin. It has the best defensive armour of the mammalian world with large, protective keratin scales covering its skin. It is the only known mammal with this feature. Its whole body is canvassed in scales that are moveable and shed occasionally. When compromised the species can fold up into a firm ball that secures the unprotected parts of its body, its nose and its appendages. However, it is unfortunate that the scales that protect them from predators have also become the main reason they are endangered. 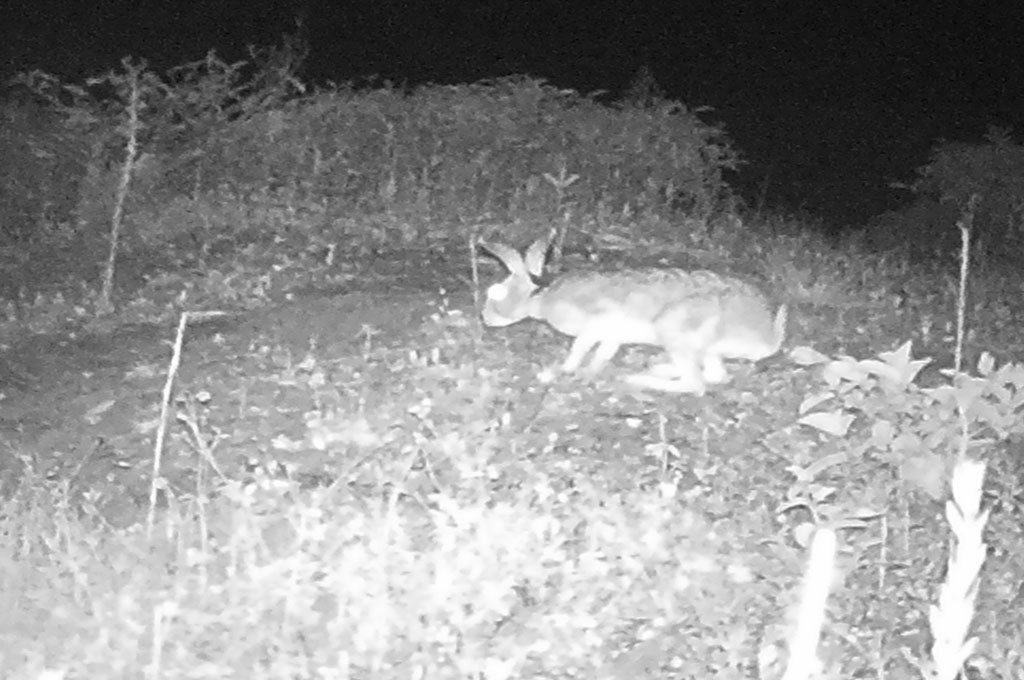 The Indian hare, also known as Black-naped Hare, is the only species of wild hare or rabbit in Sri Lanka. It is highly nocturnal and is found in forested areas mixing with glades of grasslands in the outskirts of Colombo. It is herbivorous and eats grasses, shoots and young leaves. 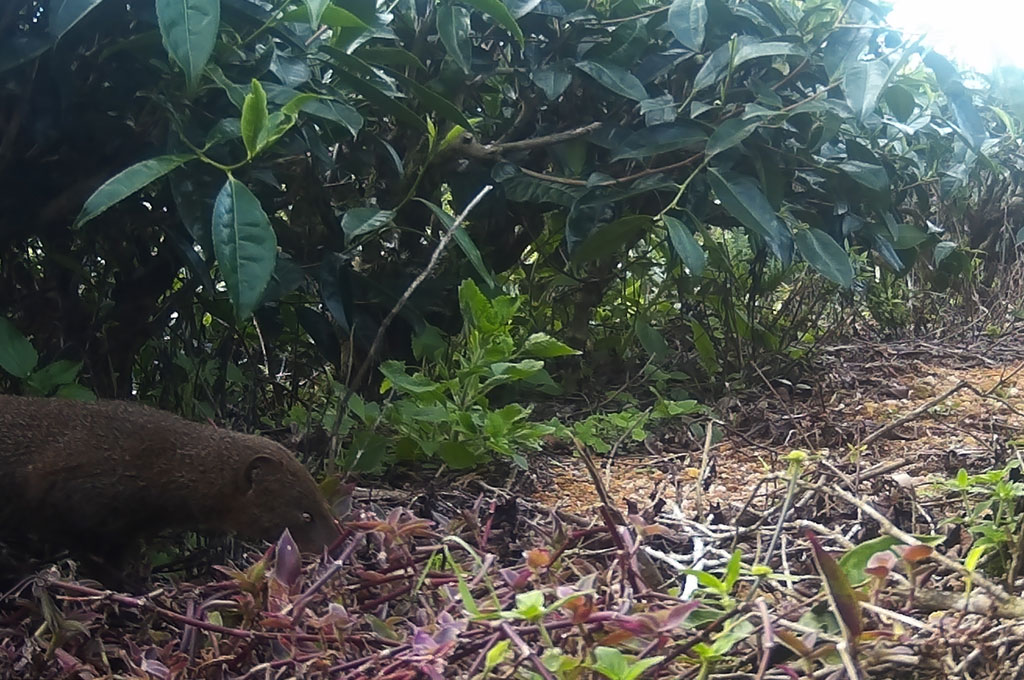 With its uniformed grey grizzled coat of fur and reddish eyes, the Indian Grey Mongoose is easily identifiable. It is smallest out of all other Mongoose in Sri Lanka and found throughout the island in grasslands and lightly wooded country. They are sometimes seen in pairs and tend to be shy around humans. It’s omnivorous and will diet on fruits and roots but also feeds on invertebrates and rodents from time to time

Camera traps have revolutionized traditional wildlife surveys. Animals identified by the camera trapping data can also be used to estimate animal density and population size, which is important in effectively managing wildlife populations. Over time the tea gardens have woven into the rich biodiversity of the forest reserves and provided an extended home for species that prefer the open and cool landscapes they provide. Since camera traps are not invasive, the images show these species relaxing in their natural environment.

Dilmah Conservation collaborated with the Tropical Ecosystem Research Network (TERN) as a technological resource party and the Sabaragamuwa University of Sri Lanka for this project.