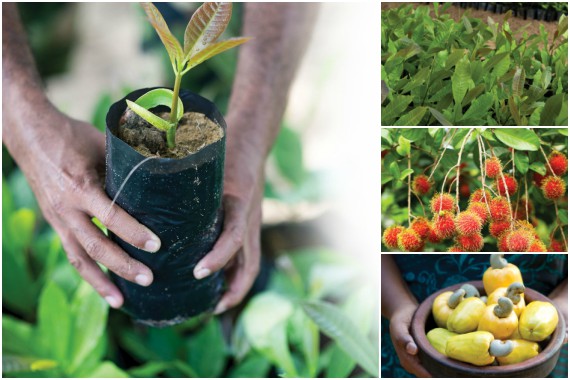 Greening Batticaloa, an initiative to plant 1 million cashew trees was commenced in 2010 by Dilmah Conservation in an effort to mitigate the detrimental impacts of deforestation and climate change, and economically empower local communities. The project is expected to reach completion in 2019. Till date 730, 000 cashew trees have been planted.

Cashew nut was chosen because it is a highly adaptive, fast-growing cash crop that requires little attention. If 50 % of the plants reach maturity, they are expected to generate 1 kg of cashew per year. After completion in 2019, if cashew sales continue at the rate of 2000 LKR per kg, this project is expected to inject 1 billion LKR into the eastern economy yearly.