Following the calculation of the carbon footprint of their factory operations at the Dilmah Headquarters in Peliyagoda, Dilmah successfully fulfilled its pledge to becoming Carbon Neutral by 2017 and is now a carbon neutral facility.

Dilmah achieved carbon neutrality for its complete range of products in November 2018. 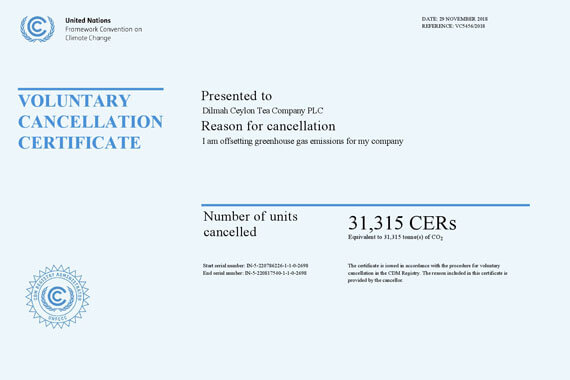 For more details on the carbon neutral certification click here.