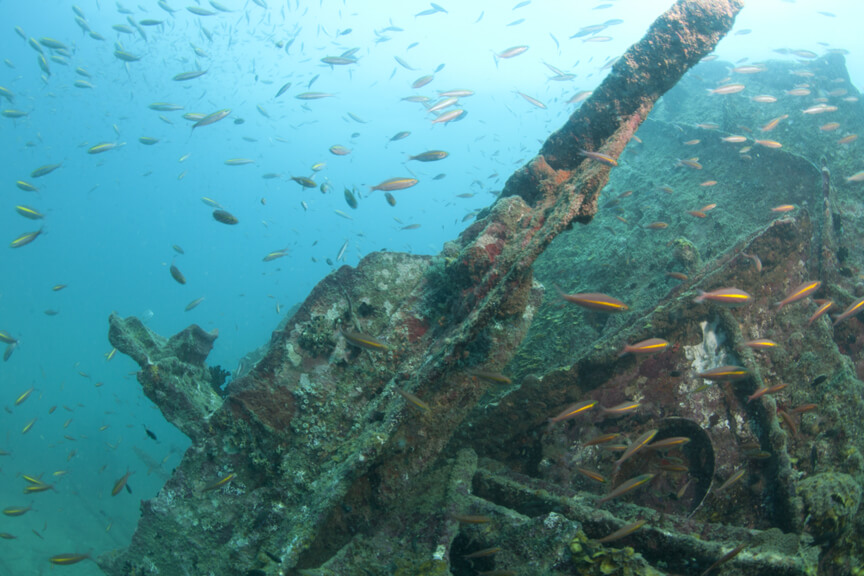 Sri Lanka’s waters are home to an astounding array of plant and animal life. While coastal ecosystems are typically associated with coral reefs, shipwrecks, which have been unintentionally scattered in the sea, also transform into unique habitats for many marine flora and fauna that find refuge in the various nooks and crevices.

Dilmah Conservation initiated its foray into marine conservation with the documentation of the Kayankerni Reef in the East Coast of Sri Lanka, which is host to a diverse array of corals and other vibrant plant and animal life. Located off Kalkudah in the Batticaloa District, Kayankerni is home to a high diversity and abundance of marine life including 207 species of fish observed up to date. Dilmah Conservation is seeking to have this location declared as a protected site so that the reef will be able to thrive once more. 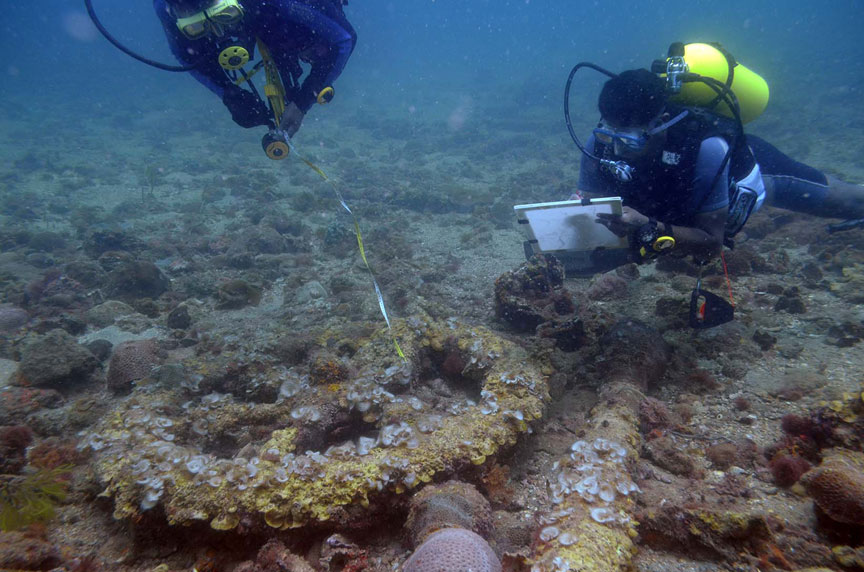 Kayankerni is also of particular importance due to the historic shipwreck sites located adjacent to the reef. ‘The British Sergeant’, a merchant vessel that sank after coming under fire when it altered its course to help a carrier in 1942, and SS Lady McCallum, a cargo ship which ran aground in 1926, are located off the Kayankerni Reef. Dilmah Conservation is in the process of assessing these sites towards protecting the distinct and diverse ecosystems they host. The documentation will include visible biodiversity of the reef, estimate substrate composition and percentage of live coral cover over substrates, reef health including pollution, human impacts, invasive reef organisms, other processors active on the reef and general threats that affect the wellbeing of the reef.

In line with its commitment to protect marine species, Dilmah Conservation has conducted awareness programmes and surveys with a view to protect Sri Lanka’s elusive and incredibly rare dugong population. Given the dangers dugong are facing at present and the importance of conserving them, Sri Lanka became a signatory to the Memorandum of Understanding on the Conservation and Management of Dugongs and Their Habitats throughout their Range (Dugong MOU) in early 2012. The MOU operates under the United Nations Environment Programme (UNEP) and the Convention on Migratory Species (CMS). The UNEP/CMS Office – Abu Dhabi is currently working with the Department of Wildlife Conservation, IUCN Sri Lanka and Dilmah Conservation to implement preliminary work on conserving the dugong.