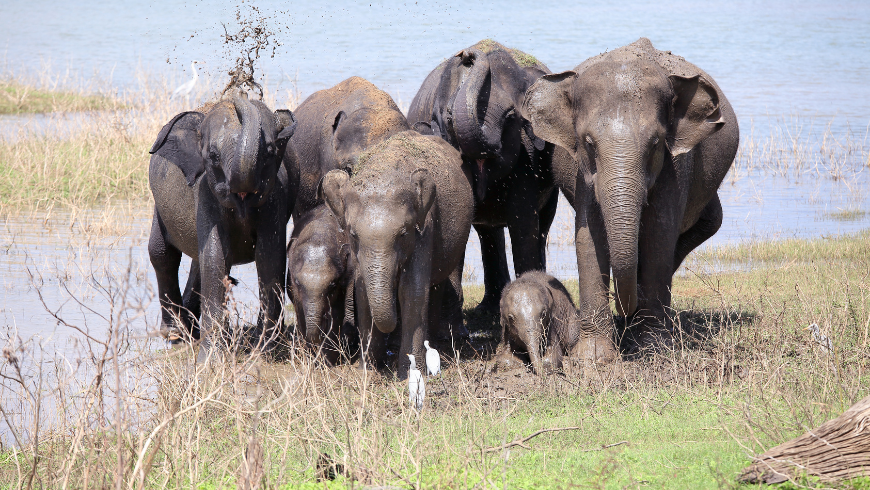 Could the largest mammal to currently walk the earth be also its most fascinating? We know that elephants are caring, majestic and noble animals that mostly live in herds. But there is so much more to know and love about them. Our Dilmah Conservation team wants to share some lesser-known facts about them to make you fall in love with elephants.

Did you know Elephants are keystone species? They play an important role in maintaining the biodiversity of the natural ecosystems by acting as ecosystem engineers. By pushing over or uprooting trees they create habitats for other animals including many insects and small mammals. The puddles they create with their footprints further create pond-like habitats for small creatures. When elephant walk while grazing they clear pathways for smaller animals to use. So if elephants disappeared, a particular ecosystem might not be able to adapt to changes, resulting in its demise.

There is some truth to the saying ‘Elephants never forget’. Elephants remember the whereabout of different watering holes and can return to them years later. They are able to solve complex problems such as chasing away flies with a branch, mend leaks by plugging it with chewed up sticky wads of leaves or obtaining out-of-reach fruit using tools such as branches. Studies have recorded that elephants can recognise different human languages and even mimic human voices!

Elephants enjoy this status along with the other most intelligent animals such as apes. When the mirror test was conducted on elephants, they went beyond just examining the mirror to exhibit signs that they recognise themselves in the mirror - gestures such as touching their faces and pulling on their ears to make sure it’s really their reflection.

We cannot hear them as they are out of our hearing frequency, but elephants communicate using low rumbles that travel along the ground. They can understand the seismic vibrations that reach their footpads. These vibrations can travel as far as 20 miles. Used to warn each other of danger, it seems they have found an efficient security system.

The plight of elephant being orphaned, killed, poached and driven from their homes should doubly concern as they feel intense sorrow and grief for one another. Elephants are highly loyal and would never abandon an injured or sick elephant. They comfort each other when distressed. They grieve over the dead for days. In fact, when they encounter an elephant skeleton they display respectful behaviour by caressing the skeleton and even covering it with leaves.

We should protect what we love. Although elephants are the flagship animal of Sri Lanka, they are endangered – meaning there’s fewer of them than there ought to be. The causes are various from deforestation, land-use for farming and developments projects, poaching and human-elephant conflict.

You can help by spreading education and awareness about elephants, boycotting establishments that exploit elephants for entertainment and money, and supporting legitimate elephant conservation organisations.