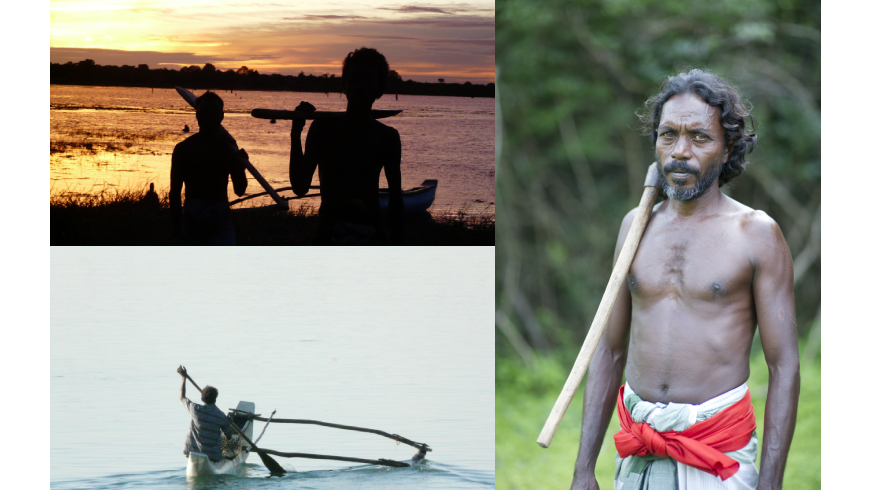 We’ve heard of the aborigines of Australia, the Mayas in Guatemala, the Lakota in the USA and the Maori of New Zealand; what about the Veddahs of Sri Lanka? The Veddahs are also known as ‘Vanniyalaththo’ or forest dwellers, the term ‘Veddah’ itself comes from the Sanskrit word ‘Vyadha’, meaning hunter with a bow and arrow.

According to legend, the Veddah lineage is directly connected to the father of the Sinhala race, Vijaya, the first king of Sri Lanka, who married Kuveni the queen of the Yakka tribe. The couple had two children, who departed to the valleys of the Ratnapura district once Vijaya left the island, where they multiplied giving rise to the Veddahs of today.

The Veddah lifestyle is intertwined with forest ecology. Today, tribes have been split into small groups due to the scarcity of resources and nomadic lifestyle. These groups, called clans, comprises a nuclear family or a few extended families and dwell within clearly demarcated boundaries and territories.
The nature of hunting, gathering of rations, chena cultivation and the size of the individual group, have direct bearing on the division of labour among each individual of the group. As Veddahs seldom have individual belongings, this facilitates mobility and harness freedom. Some clans that have settled down have access to more natural resources and good hunting grounds.

The Veddah community in the East, despite being intrinsically connected the original inhabitants of the land, bear little resemblance to the Original Veddahs. This is often attributed to the socio-political reinvigoration that has swept across the country. Many of the Veddahs have married into Tamil or Sinhala families and evolved into a ‘normal’ way of life. The muhudhu veddhas, true to their name, are well-versed in fishing and are expert fishermen!

Despite industrialization, colonialism, globalization and urbanization of the country, the Veddah community chieftains have remained strong in their resolve; ‘We want to survive not only as a people but also as a culture’ (Uruvarige Wanniya, 1996)
The Veddah community is dwindling in numbers due to integration with the Sinhalese and Tamil communities. Further, direct governmental intervention through law or forced resettlements has alienated the community from their ancestral lands and ways of life.