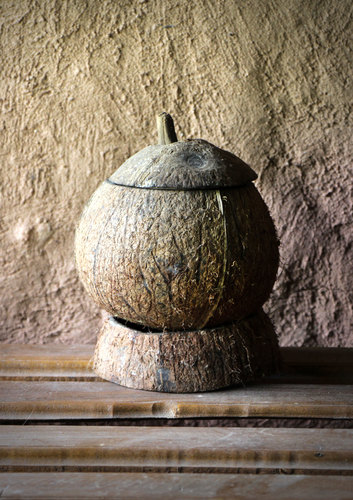 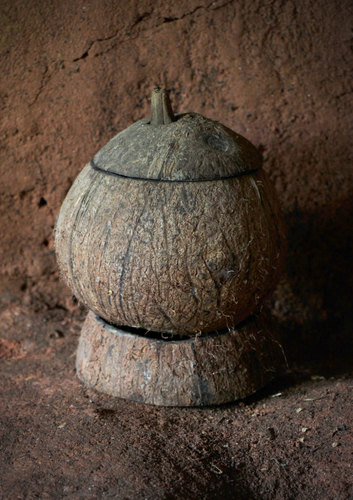 People in villages store salt in containers made of coconut shells and this salt container is known as the Lunu Polkatta. The Lunu Pol Katta is placed on a Lunu Karuwa, a wooden fork. Generally, in traditional houses, Lunu Karuwa is fixed by clay near the Dara Lipa (traditional hearth). The coconut shell does not react with the salt, so that salt can be kept in it for an extended period. After an elongated period, a layer of white and blackish salt (Lunu Mala) appears on the outside of the Lunu Pol Katta. In villagers’ point of view, it is the toxins in the salt that get deposited around the brim of the Lunu Pol Katta. It is also believed that the coconut shell also has the ability to absorb some toxic chemicals