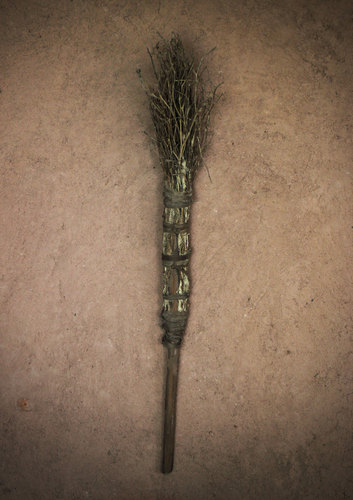 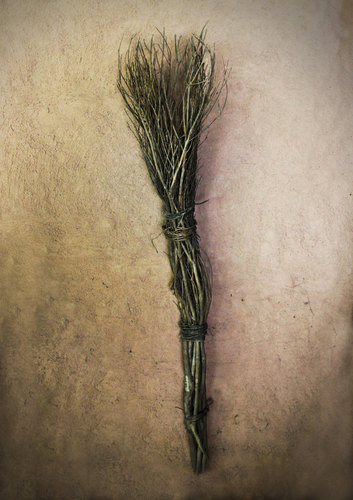 A Bolaththa is a type of besom used in the Kamatha to sweep off the the husks and remaining straws. When the paddy seeds get strewn untidily in the Kamatha in threshing, they should be collected with the use of a Bolaththa. A Bolaththa is made of sprigs of a tree namely Bora prior to a few weeks of harvesting. In some areas Babila sprigs are also used in making the Bolaththa. The reason for using the sprigs of the Bora tree to make Bolaththa is the toughness of sprigs. A Bolaththa should be sturdy enough to be used in the Kamatha. If the Bolaththa gets shattered or broken during the use in the Kmatha, additional labour should be allocated to clean the area and especially, the broken parts of the besom may get mixed with the crop. Hence, Bolaththa was made of sprigs of Bora tree that is known for its rigidity